As the first product developing in the pipeline, a novel small compound based anti-hypertensive drug (KSD179019) is to address the continually expanding hypertensive population. Hypertension is the leading preventable cause of premature deaths worldwide.

According to an article in “The Lancet”, about 1.56 billion people will suffer from hypertension by 2025 and 10% of them would be resistant to available drugs in the market (i.e. resistant hypertension). With solid scientific evidence and preliminary studies, we strongly believe KSD179019 will become one of the solutions.

We are developing KSD179019 as an anti-hypertensive drug for the treatment of primary as well as resistant hypertension. Professor Billy KC Chow (Chief Scientific advisor; PhrmaSec) has already established the crucial role of Secretin Receptor and hypertension by his years of basic research at the University of Hong Kong.

A small compound modulator of Secretin Receptor has been long awaited for its longer half-life in circulation as compared to secretin peptide which is known to have a short half-life of 2-3 min only.For this project we are focused to finish the pre-clinical studies and filingfor IND application. This will later inject cash flow into the company to support R&D for our other projects in the future.

According to “Healthcare Market Research and consulting services” the global anti-hypertensive drugs market is expected to reach US$ 13.1 billion by 2023. China is documented to have fast growth in the number of hypertensive patients every year. In the year 2005-2009 it was shown that 42% of Chinese adults aged 35-70 years were hypertensive and only 8.2% of hypertensive patients were controlled. Moreover, in year 2014, total number of premature deaths relating to hypertension in China were 2 million and the corresponding medical cost was US$ 3.6 billion. Also, 70% of heart stroke and 50% of myocardial infarction are attributed to hypertension in China. The anti-hypertensive therapeutics market in the Asia-Pacific (APAC) countries of China, Australia, India and Japan will expand in value from $15.7 billion in 2014 to reach $19.9 billion by 2021, representing a Compound Annual Growth Rate (CAGR) of 3.4%, according to business intelligence provider GBI Research. 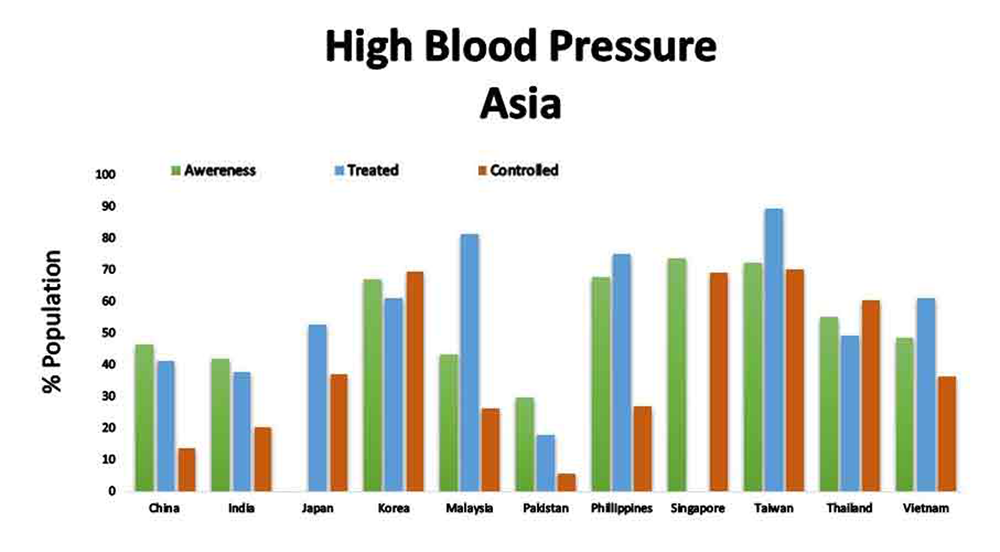 Close to 1 billion people are affected by hypertension worldwide and it is estimated to increase up to 1.56 billion individuals by the year 2025. Hypertension is a pathological condition with persistently elevated blood pressure (i.e. > 140/90 mmHg), which is clinically proven to increase the risk of life-threatening diseases such as heart disease, heart attack, stroke, heart failure, peripheral arterial diseases, aortic aneurysms, kidney disease, and vascular dementia etc. Globally, hypertension related deaths were documented to be 7.6 million in the year 2010 as the highest cause of mortality among deaths from alcohol consumption, physical inactivity, high BMI, unsafe sex, high cholesterol and tobacco consumption. 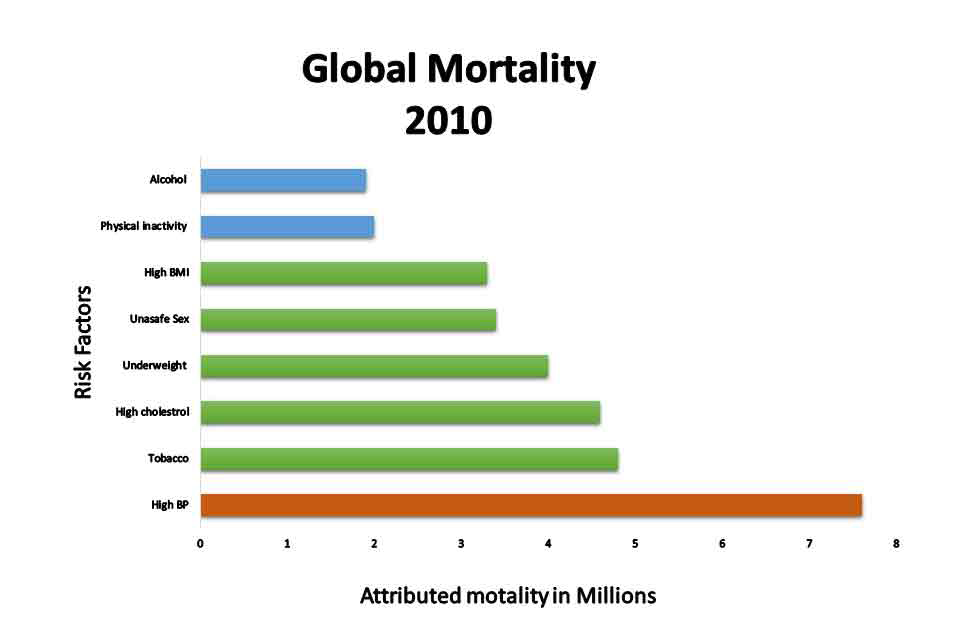